From 1 January 2020, Norwegians can become nationals of another country without losing their Norwegian citizenship, and foreign nationals no longer have to give up their original citizenship to become Norwegian.

“When we allow for dual citizenship, we ensure that Norwegian law follows developments in a more globalized world, where more and more people are connected to more than one country,” Minister of Knowledge and Integration Jan Tore Sanner said in a press release.

Although no country garnered a perfect score, the global trends in women’s empowerment are “heading in the right direction,” according to the latest Women, Peace and Security (WPS) Index that was published Tuesday.

Women’s well-being improved in 59 countries since the first index was published in 2017, Researchers at Georgetown University’s Institute for Women, Peace and Security and the Peace Research Institute Oslo found.

Norway’s foreign minister says countries at a two-day conference have pledged at least 583 billion kroner ($64 billion) toward protecting the oceans.

Foreign Minister Ine Eriksen Soereide says a total of 370 pledges were made at the Our Ocean conference that ended Thursday in Oslo.

Norway has released an action plan for green shipping, saying that its maritime industry is a world leader in the development of low- and zero-emission solutions.

The Government’s ambition is to reduce emissions from domestic shipping and fishing vessels by half by 2030. The report notes that with current technology, maritime transport is generally the most energy efficient mode of transport. Additionally, tire wear is the largest direct source of microplastics in Norway, and about half of all microplastics end up in the sea. If a shift in freight transport from road to sea helps to reduce the total volume of road traffic, it will be an important means of reducing the spread of microplastics.

This year’s Global Competitiveness Report is the latest edition of the series launched in 1979 that provides an annual assessment of the drivers of productivity and long-term economic growth. With a score of 84.8 (+1.3), Singapore is the world’s most competitive economy in 2019, overtaking the United States, which falls to second place. Hong Kong SAR (3rd), Netherlands (4th) and Switzerland (5th) round up the top five.

Building on four decades of experience in benchmarking competitiveness, the index maps the competitiveness landscape of 141 economies through 103 indicators organized into 12 themes. Each indicator, using a scale from 0 to 100, shows how close an economy is to the ideal state or “frontier” of competitiveness. The pillars, which cover broad socio-economic elements are: institutions, infrastructure, ICT adoption, macroeconomic stability, health, skills, product market, labour market, the financial system, market size, business dynamism and innovation capability.

Find out more and download the entire report HERE.

OSLO – The Norwegian Petroleum Directorate’s preliminary production figures for August 2019 show an average daily production of 1.647 MMbbl of oil, NGL and condensate, which is a decrease of 67,000 barrels per day compared to July.

Average daily liquids production in August was 1.353 MMbbl of oil, 267,000 bbl of NGL and 27,000 bbl of condensate. Oil production in July is 3.9 percent lower than the NPD’s forecast, and 3.7 percent below the forecast so far this year. 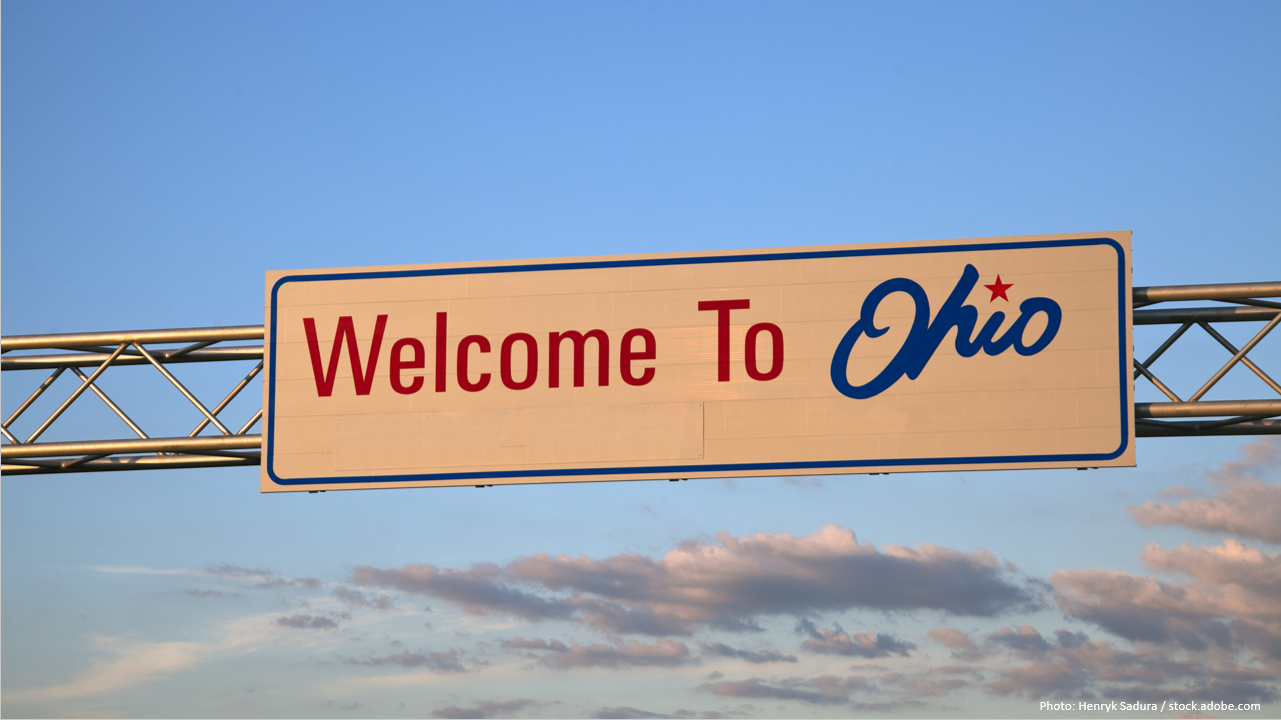 This article originally appeared in the 2019-2020 AmCham Membership Guide.

Offering a combination of low living costs, business-friendly policies, top-notch universities, and a talented, highly innovative population, the American Heartland, a region comprised of states such as Indiana, Michigan, Wisconsin, and Ohio, has become an increasingly popular place to invest for a growing number of Norwegian companies.

One such company is DNV GL. The Oslo-based provider of risk management and quality assurance services to the maritime, oil and gas, healthcare, and power and renewables industries employs 145 people in two of Ohio’s largest cities, Cincinnati and Columbus.

“For us, access to talented professionals and good communications in a cost-effective environment are important factors in deciding where to establish our specialized laboratories. Columbus is attractive given the presence of The Ohio State University (OSU), which produces many excellent engineers and scientists with a desire to continue working in the local area after graduation,” notes Steven Sawhill, Director of US Government and Public Affairs for DNV GL. 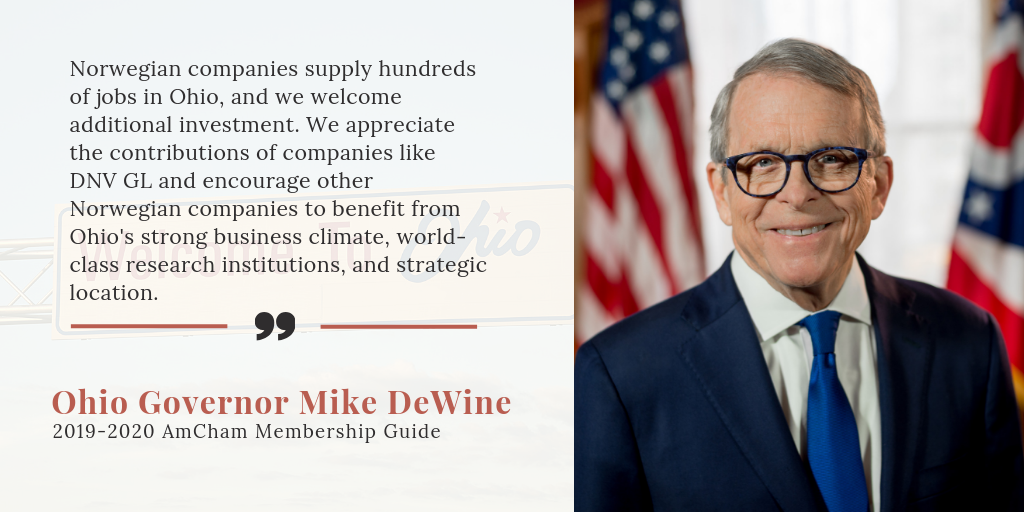 “DNV GL has a special relationship with OSU – the company’s scientists serve as adjunct professors at the university, and OSU graduate students can conduct experiments at DNV GL’s laboratories when they require highly specialized equipment. Columbus is also home to other excellent engineering and research institutes, including the Battelle Memorial Institute, the world’s largest private research and development foundation, providing yet another source for collaboration and interaction,” he concludes.

The company operates its state-of-the-art Materials and Corrosion Technology Center in the Columbus suburb of Dublin. Much of the Center’s work concerns the pipeline and oil & gas industry, but the Center’s wide range of competencies has opened the door for a diverse range of projects, including collaborative efforts with the US Navy, US Airforce, and the US Department of Energy. 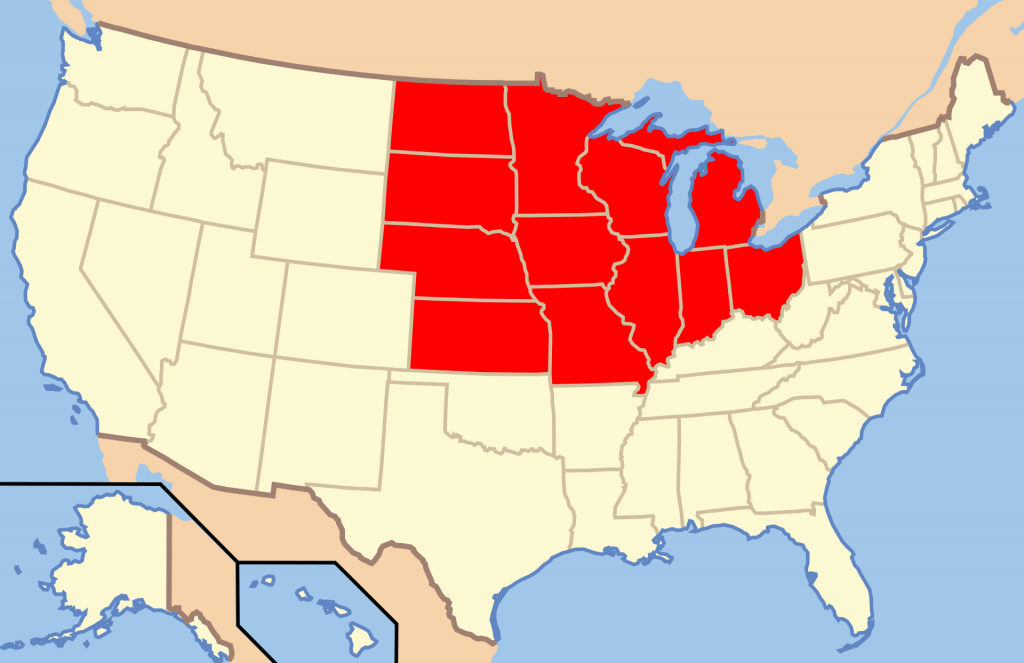 Cincinnati, on the other hand, serves as the country headquarters for DNV GL Healthcare North America, which has become the United States’ second-largest hospital accreditation body, working with hospitals to mitigate risk, increase safety, and enhance effectiveness.

“Such work requires a broad geographic network of healthcare professionals employed to visit, survey, and work with hospitals across the country. Cincinnati is an excellent hub location for coordinating that sprawling network, as sixty-percent of the nation’s population lives within a one-hour flight or a one-day drive from Cincinnati.”

AmCham member companies with a presence in Ohio according to the 2017 Royal Norwegian Embassy in Washington D.C. report Norway Creates Jobs in the United States.

The contributions of Norwegian companies like DNV GL have not gone unnoticed by state officials in Ohio. In a quote provided to AmCham, Ohio Governor Mike DeWine commended Norwegian companies for their continued investment in Ohio’s economy, encouraging more companies to follow DNV GL’s lead and invest in the Buckeye State.

“Norwegian companies supply hundreds of jobs in Ohio, and we welcome additional investment. We appreciate the contributions of companies like DNV GL and encourage other Norwegian companies to benefit from Ohio’s strong business climate, world-class research institutions, and strategic location. Ohio is not only a great place to do business, it’s also a great place to live. We have abundant natural resources, a great quality of life, and a low cost of living.” 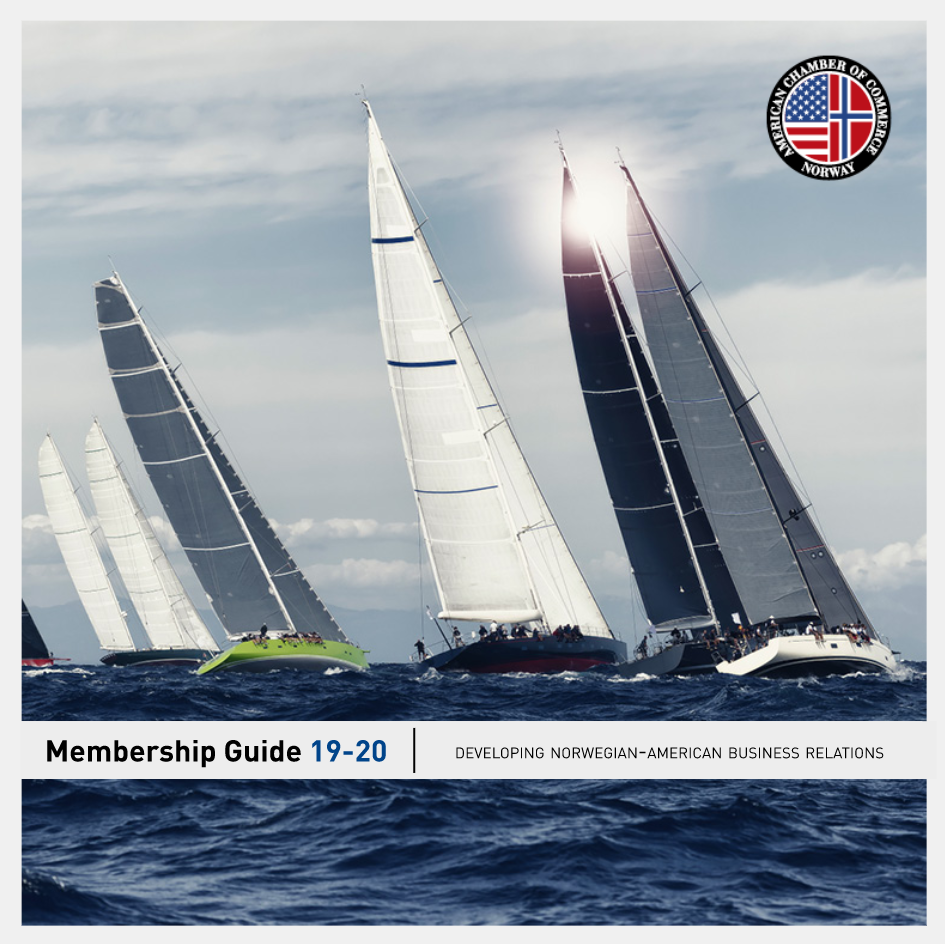 The top performing country in the world in the field of contributions to global clean energy innovation is Norway, followed closely by Finland and Japan, according to a recent report published by the Information Technology and Innovation Foundation, a nonprofit public policy think tank based in Washington, D.C.

The United States ranked No. 4 in the ITIF report. Other countries in the top 10: France, Canada, Germany, South Korea, the United Kingdom and Denmark.

Just weeks after Tesla Inc. started rolling out its Model 3 in Europe, the electric-car maker has beaten the monthly sales record in its key Norwegian market by a wide margin.

As many as 3,593 Model 3s have been registered so far in March, according to independent website Teslastats.no. Even with a few days still left in the month, that’s 65 percent more than a previous high set in March 2018 by the Nissan Leaf, Norway’s most sold car last year.

On the outskirts of Oslo, a row of Fiat 500es imported from California stand parked in the snow outside the Buddy Electric dealership, part of a global flow of pre-owned electric cars to Norway powered by green subsidies elsewhere in the world.

The company’s production manager, Tor Einar Hanssen, said it had sold about 110 in the past year and a half, making a small profit on the cars, most of which had been used for a few years by U.S. leasing companies.

On U.S. used car websites, similar Fiats in California are advertised for about $10,000.