Europe loves American investment (more than €2 trillion supporting 4.3 million jobs in 2015), but it may be less in love with American political influence and business practices.

A Briton who speaks five European languages, it is Danger’s job as CEO of the American Chamber of Commerce’s EU office to reconcile those sentiments as the voice of American business in Brussels. 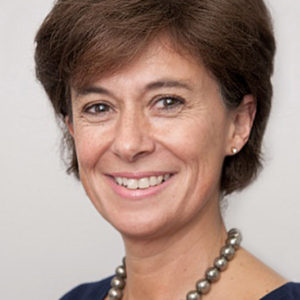 Number 19: CEO OF THE AMERICAN CHAMBER OF COMMERCE TO THE EU, Susan Danger

Danger is in the thick of the TTIP and tax debates, and transatlantic angst over data and privacy issues, and finds time to support young entrepreneurs through the JA (Junior Achievers) Europe program.

The Women Who Shape Brussels

The presence of women in positions of power in Brussels is uneven, to say the least.

The leaders of the largest political groups in the European Parliament, the heads of their umbrella parties and the three EU presidents — of the Commission, Council and Parliament — are all men. Women still make up less than one-third of the College of Commissioners and just one-seventh of the Council.

Meanwhile, only six of 28 countries have female permanent representatives, or ambassadors, though that is up from just two earlier this year.

But the picture is quite different on the private sector side of the Brussels power equation. Eight of the top lobbying firms in Brussels are run by women.

Three of the top media outlets based in Brussels are founded or led by women. And the most prominent nongovernmental organizations and NGO networks — whether green, consumer or trade — are run by women.

Many parts of the Brussels private sector are noticeably ahead of public institutions when it comes to offering opportunities to women — even if some leading law firms in the city have no female partners at all.

It’s a situation that suggests women succeed when the criteria for success are available in black and white terms.

In the cutthroat lobbying world, for example, success is measured by clients won, hours billed and results delivered.