Liberal Party (Venstre) advisor, Håvard Sandvik, is the first Norwegian to receive a Marshall Memorial Fellowship, a fellowship program established to create closer connections between young leaders on both sides of the Atlantic. 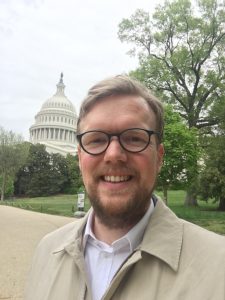 Previously received by both French President Emmanuell Macron and EU High Representative and Vice-President of the European Commission Federica Mogherini, the stipend enables Americans and Europeans to plunge deeper into politics, economy, culture and society across the Atlantic.

Established in 1985 — the year Sandvik was born — by the German Marshall Fund of the United States, the program provided Sandvik with a more nuanced understanding of the US, as well as helped him in his daily job as political advisor in the Norwegian Parliament.

“About 20 European participants met in Washington D.C. before being divided into different groups, visiting various cities and towns both on the East Coast, the Mid-West and West Coast, before reconvening in New York.”

“As a political advisor, it is my job to understand Norwegian politics and provide solid advice to Venstre’s Parliamentary group. This fellowship and the US journey has already given me several exciting impulses, particularly as it relates to entrepreneurship, which is something I follow daily. Through these experiences I now see things differently.”

“I’m not saying that the visit to the US provided me with all the answers, but it did provide improved prerequisites to ask the correct questions. Additionally, when my network suddenly increased by 2,500 people in the US and Europe from whom to seek advice, I feel better equipped to deal with my daily work at the Parliament too.”

“This network and the opportunity to establish direct contact with former participants is invaluable for anyone who wants to build a bridge between Norway and the US,” Sandvik says.

During the four week program, Sandvik encountered everything from well-known political strategists to ordinary citizens and even school kids of Norwegian descent in Seattle. 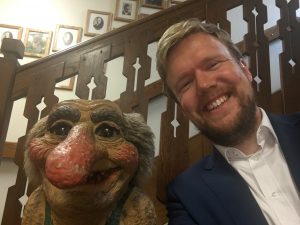 “For me personally, the stay I had in a little town called Spanish Fork, Utah was the highlight of my journey. This was a genuine community, where local politics were blooming. The citizens of Spanish Fork joined hands to get high-speed internet access to the town and charity work created a safety net that could only have been possible through public funding in Norway.”

“The people there and the town in general left a big impression on me, and in many ways I feel that Spanish Fork was as close as you can get to the USA Alexis de Tocqueville visited and wrote about – a truly vibrant local community,” Sandvik says. 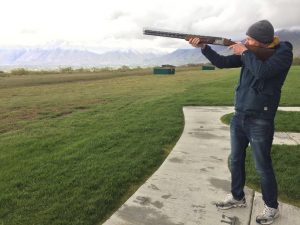 In his daily work, Sandvik benefits from seeing connections between the international, European, domestic and even local issues. The Marshall stipend was an excellent fit for Sandvik, who hopes he is not the last Norwegian to be awarded the fellowship.

“One of the factors that preoccupied me during my visit to the US was how we need to stop demonizing each other on each side of the Atlantic. There are obvious differences, both culturally, politically and financially, but there are substantially many more factors tying us together.”

If you are interested in learning more about the Marshall Memorial Fellowship, you may contact Sandvik via https://www.linkedin.com/in/hdsandvik/ 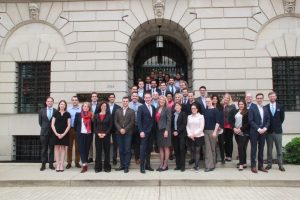