Quality organizations are a result of a number of things: the community and environment in which they operate, great leadership, and not least of all the work they do. When an organization’s leader also serves as Norway’s Honorary Consul General for the region, you can be confident that what follows is of a high standard. Sons of Norway is very fortunate to have high marks in all aforementioned categories. 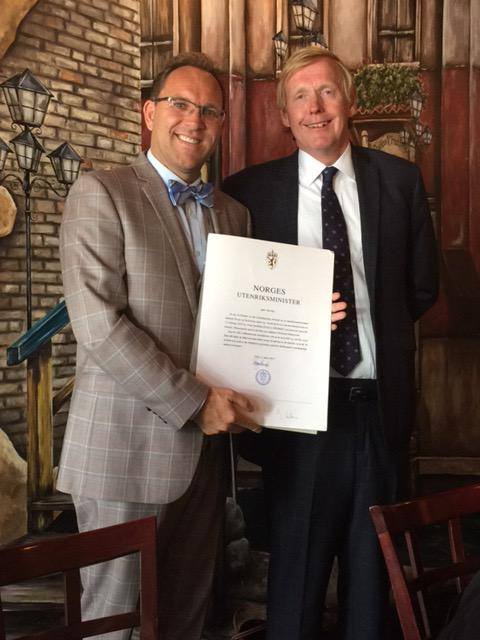 Ambassador Aas presenting Eivind Heiberg with his official appointment to the position of Honorary Consul General. (Photo courtesy of @kareaas)

When Sons of Norway was founded back in 1895 in Minneapolis by 18 Norwegian immigrants, it was so that the founding members could protect and support each other, and their families, when hardship and financial burden struck. This was the new frontier, and collectively they would meet the challenge. The organization grew through the development of lodges to support the Norwegian community, and within a decade of being founded had spread to the western US. The mission grew over time to further support the communities in which Sons of Norway operated and further preserve Norwegian values.

The history is important because, as with anything else, it helps explain where they are today and why. Still a provider of life insurance and financial products, Sons of Norway is perhaps known best for their community and leadership development, and their charitable work. Instead of stock prices, it could be argued that this organization’s key barometer is the well-being of a 50,000 strong membership. This is clearly evidenced by over 500,000 volunteer hours and over $1 million raised for local communities last year alone. Across nearly 400 lodges, 20,000 community events were held including the annual support of Norsk Høstfest in Minot North Dakota, joined by Norwegian based groups including Telemark Fylkeskommune. 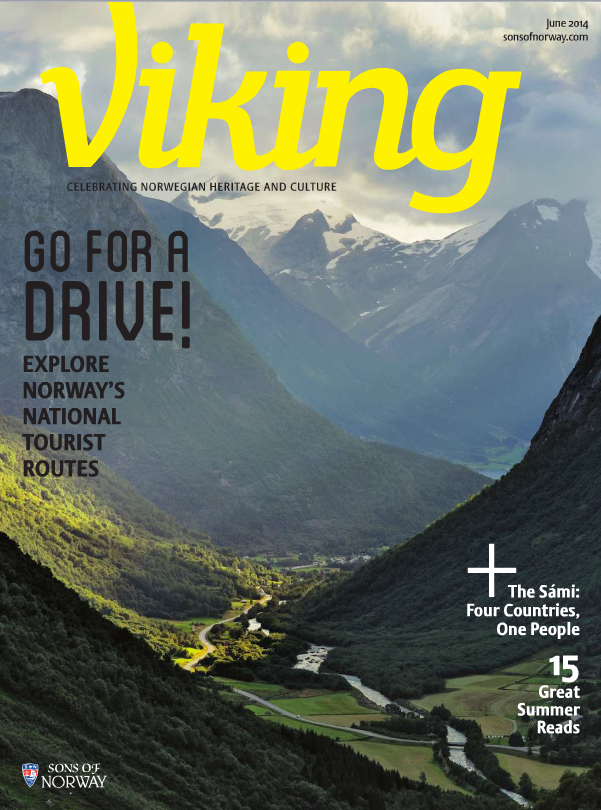 SoN’s monthly publication, Viking, reaches 100,000 of their following base every month

But what keeps this organization thriving is not only what it is doing for communities in the present but also for the future. With a continuing demand for developing leadership, Sons of Norway hosts the biennial Innovative Leadership Conference focusing on conflict resolution, teamwork and leadership contributing to success. For the next generation of leaders, the organization is supporting students with nearly $55,000 in scholarships, both to Americans and Norwegians, in 2015. To further strengthen international cooperation, Sons of Norway and Telemark Fylkeskommune last year signed a memorandum of understanding for development projects between the two groups.

Strengthening the ties between the US and Norway is as important now than ever, and recognizing unique opportunities is just as important. As a progressive and open organization, Sons of Norway continues to do just that, with sound, sustainable business practices constantly in mind. It just goes to show that business and cultural prosperity can have a symbiotic relationship for the good of the entire organization.