“If someone is interested in getting into your system, they will get in. It is all about deterrents vs. potential reward,” stated Dr. Victor Piotrowski, Lead Program Director at the National Science Foundation, as AmCham co-hosted a cybersecurity roundtable discussion together with DXC Technology. 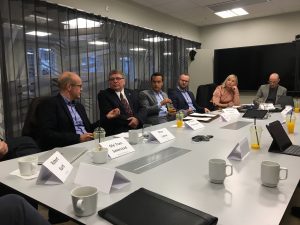 The cybersecurity expert, along with his colleague and Professor Ralph Wachter, took AmCham member company directors and security experts through NSF’s programs and initiatives to strengthen cybersecurity in the US, before participants engaged in discussions related to employee education and safeguarding.

Among Dr. Piotrowski’s roles at the NSF is to oversee programs to educate cybersecurity experts, where they currently partner with 69 US universities, with 25% of all graduates ending up at the National Security Agency (NSA).

Having started the $55 million education program already in 2000, it is designed to bridge the gap between research and commercial industries.

“There are approximately 300 graduates from the program every year, but there’s still work to be done to fill the 300,000 open cybersecurity positions in the US,” Piotrowski said, emphasizing that people are the most important factors to prevent and combat cyberattacks.

“We are also in the process of increasing awareness amongst youth, or cyber-hygiene. Compared to other threats and dangers we learned at about at an early age, cyber threat awareness is not something most parents and teachers are able to impart,” he said.

Participants noted the lack of experts interested in working within cybersecurity in the Norwegian public sector, whereas 80% of the graduates from the NSF program remain engaged in the US public sector. 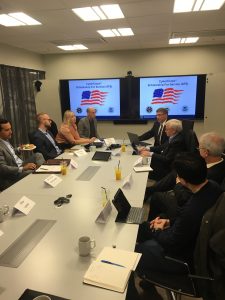