AmChams in Europe Annual US Conference

AmChams in Europe Annual US Conference

AmCham Norway traveled to Washington D.C. and Boston with 33 European counterparts for the annual AmChams in Europe USA Conference, engaging in transatlantic related discussions at the US Chamber of Commerce, the US Department of Commerce and eleven company visits. 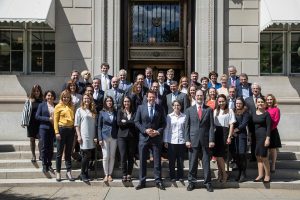 AmChams in Europe outside the US Chamber of Commerce

The conference, which aims to increase awareness of AmChams in Europe in the US, strengthen partnerships and gain insight into the current US business and political climate, was this year particularly important considering recent political transition.

Meeting with companies, organizations and governmental agencies to gain further knowledge about topics relevant for respective member companies, the week started at Google’s Washington D.C. offices, where their trade policy team highlighted some of Google’s key domestic and global priorities.

Both emphasizing the current administration’s need to increase staffing, particularly in key positions, as the current situation is severely limiting progress.

“I am expecting however, that once he [Trump] gets his whole team in place, he will go full speed ahead. Like a locomotive,” Cowan said.

US Chamber and Department of Commerce

As all participating Chambers are accredited by the US Chamber of Commerce, the powerful D.C.-based organization hosted invaluable morning sessions on day two, providing insight into their position and challenges on various trade related topics, including TTIP, cyber security and import tax reform. 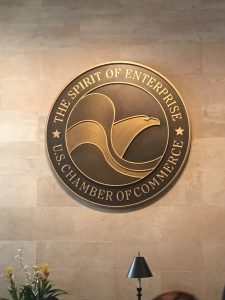 “Import tax reform is not currently prospering. Healthcare reform is the first priority, which means that tax reform will not be completed or brought any further this year,” stated J.D. Foster, Senior Vice President, Economic Policy and Chief Economist.

Furthermore, after an interesting meeting with leading local lobbyists and journalists at Gambit H+K, the US Department of Commerce hosted a briefing session with Acting Deputy Under Secretary for ITA Sarah Kemp, who spoke exclusively with participating AmChams.

Discussing key areas such as the trade deficit and changing perspectives under the new administration, both Kemp and Dale Tasharski, Deputy Assistant Secretary for Europe, underlined transitions in their department.

The most educated city in the US is leading the innovation charge on the East Coast and with its connection to Harvard, MIT and Boston University; it is the number one city for fostering talent and innovation.

Additionally, the visit to the Innovation District included talks at start-up catalysts MassRobotics and MassChallenge – which has raised $1,8 billion in start-up funding. 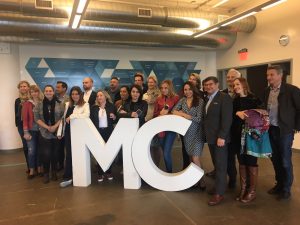 Boston is also the home to IBM’s Watson Healthcare initiatives, where senior representatives demonstrated the future of cognitive health. AmCham directors were then granted tremendous insight into hardware advances at Analog Devices.

No visit to Boston would, however, be complete without exploring traditional educational institutions that host some of the area’s over 250.000 students. 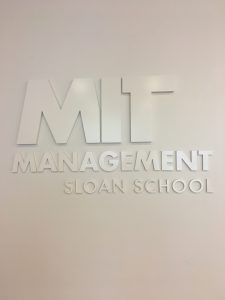 After a visit to Boston Scientific, both MIT and Harvard provided exceptional lectures on collective intelligence and international trade and investment, respectively.