See here for the full picture gallery from the event! 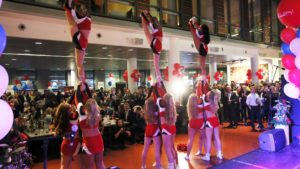 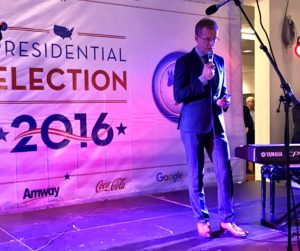 Rice’s remarks preceded speeches from both the US Ambassador Samuel D. Heins and Norwegian Minister of Education and Research Torbjørn Røe Isaksen.

Guests were still coming through the doors when event partner Gambit Hill+Knowlton hosted a debate session in a packed auditorium, where the Education Minister, alongside Marte Gerhardsen, Frithjof Jacobsen and Eirik Løkke, discussed the highs and lows of the election campaign. 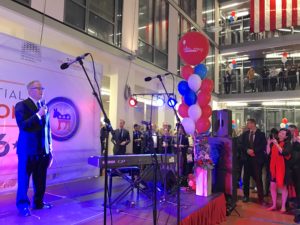 As the evening progressed, and in the spirit of bipartisanship, both Democrats- and Republicans Abroad addressed the crowd, before Minister of Transport and Communications Ketil Solvik-Olsen rounded off the official speeches, as an increasingly tense crowd started awaiting the night’s first results. 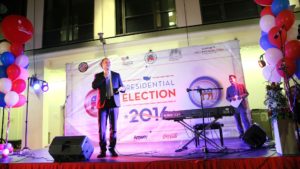 “We are about to witness a new history in American politics. Being here is exciting, having witnessed elections from the US and lived there for many years; it is also exciting to see how Americans get together abroad, across party lines, to celebrate US democracy.

“Sitting here in Norway, the US is important to us because it affects every day life, it is part of our culture, history, safety and security. This evening is more than a party as it affects Norway’s place in the world,” the Minister said. 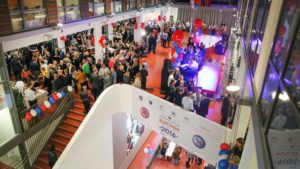 AmCham Norway is proud of how the event not only brought people together, but also how it was used to raise important issues concerning both the US and Norway.

Furthermore, AmCham Norway would like to thank our partners and sponsors as well as all attendees, for helping make this record-breaking event possible.