Since then, the firm’s global team of forty consultants has helped companies, including AmCham members Avinor, Cisco, and Eli Lilly, expand, scale, define new business models, and transform leadership approaches to succeed in a digital future.

While leading business transformation for Adobe in mid-2000’s, Jennifer recognized that many clients were facing similar challenges related to innovation and leadership in a business climate increasingly characterized by technological disruption. Building on a proven ‘power of peers’ model which she leveraged when growing Next Step, she formed the Executive Growth Alliance (EGA) in Silicon Valley in 2015.

The Alliance’s mission – to maximize business growth and future-readiness through a proven power of peers process of shared learning and innovation, collaboration, and leadership development.

By participating in regular Executive Growth Forums facilitated by Next Step, 12-14 business leaders in non-competitive companies tackle specific challenges, learn from one another, develop avenues for intra-industry collaboration, and inspire innovation. 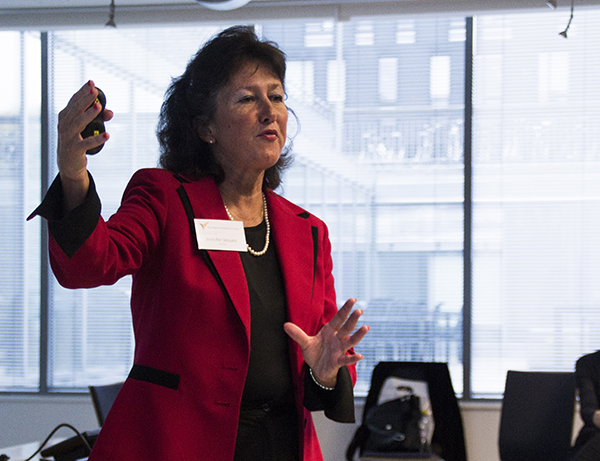 In late 2016, Vessels observed that Next Step’s Norwegian clients were asking the same questions about innovation and leadership as their American peers. Although open dialogue and collaboration between leaders of different companies in Norway had been, historically speaking, quite rare, she saw a possible opportunity to explore expansion of the Executive Growth Alliance across the Atlantic.

Based on the need for collaboration and innovation across the Norwegian transportation sector, Next Step organized a pilot Norwegian Transportation Executive Growth Forum in early 2017.

“During this session, there was initial skepticism and hesitancy to speak openly compared to members in our American forums,” she noted in an interview with AmCham’s Tyler Barrott, before adding, “At the end of the session, however, participants expressed strong interest in follow-on sessions. After the next Executive Growth Forum, sharing and collective learning really began to flow.”

Within a year, actions and results also began to flow, leading to the co-creation (design, development, and pilot) of a new digital service by Avinor and Posten – through their collaboration within the Executive Growth Alliance. 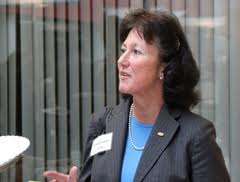 There was initial skepticism and hesitancy to speak openly compared to members in our American forums. At the end of the session, however, participants expressed strong interest in follow-on sessions. After the next Executive Growth Forum, sharing and collective learning really began to flow.

Next Steps for the EGA

To extend the local power of peers globally, Next Step is currently planning its annual Innovation Expedition to Silicon Valley in September 2019. This will allow a select number of Norwegian EGA members to collaborate with Silicon Valley’s foremost thought leaders, in addition to researching concepts such as ‘building an innovation culture’ and the ‘application of AI/quantum computing and blockchain on transportation, city planning, and customer engagement.’

Jennifer’s facilitation skills and insight gained from Next Step’s industry-specific Executive Growth Forums has made her a valuable asset in the development of AmCham’s cross-industry digitalization forum series, where she is a regular participant and moderator.