Maybe no surprise here, but when it comes to worker productivity, the West is the best. And, really, it’s not even close, according to the latest chart from cost-estimating website HowMuch.net.

As you can see below, the x-axis represents annual hours worked and the y-axis represents annual GDP per capita in U.S. dollars. Shades of blue illustrate the countries with relatively high worker productivity, while the red-shaded countries lag in that respect. The data comes from the International Monetary Fund and the Organisation for Economic Co-operation and Development. 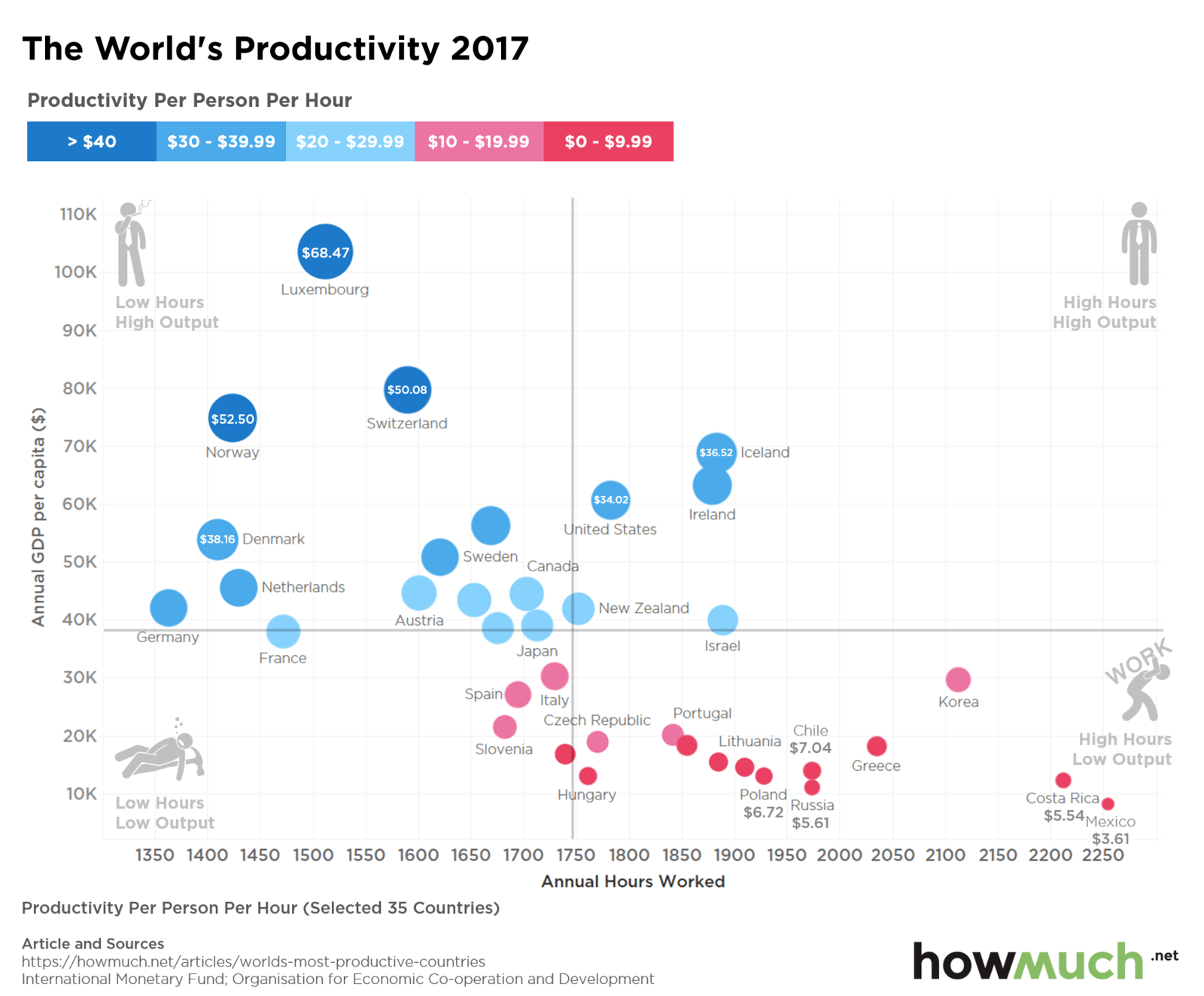 Western nations dominate the list of most productive countries. In fact, they take 30 of the top 36 spots. Leading the way, Luxembourg gets $68.47 in productivity out of each person per hour worked. Norway and Switzerland aren’t far behind.

Germany earns a special distinction as the country that works the fewest hours but still manages to score highly in terms of productivity.

On the other end of the spectrum, Mexico works the longest hours but doesn’t have nearly as much to show for it. The same can be said for Costa Rica.