AmCham Norway has discussed potential media trends and communication challenges with member company experts at Burson-Marsteller and Rud Pedersen ahead of the 2017 Norwegian Parliamentary Election.

The media jungle is growing and increasingly chaotic. The demand for instant news makes it virtually impossible to fact-check everything before a story is published and available to be shared quickly through social media. Consequentially, fake news has emerged and the public’s trust in mainstream media is in decline.

How will current global media trends affect the Norwegian election and how is communication changing for politicians, media and the electorate?

Peter Gitmark, Director at Burson-Marsteller in Oslo, argues that the introduction of social media has changed the traditional media’s role, and consequently communication strategies, where social media naturally functions as a direct line from the parties to the electorate.

“The role of traditional mainstream media has changed with the emergence – and increased use of – social media. The Norwegian debate about allowing political commercials on TV is no longer relevant as parties can just invest in advertising on social media to reach a more targeted audience,” Gitmark says. 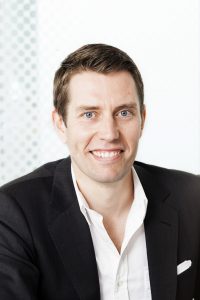 Kristian Hvilen, Managing Partner at Rud Pedersen, agrees, highlighting that those who manage to combine the use of social media and traditional media most effectively are likely to succeed come September.

“I think a successful campaign will depend on who combines targeted and strategic use of social media with successful appearances in the mainstream media. Debates and identifying key political issues will remain as vital as ever,” Hvilen says.

In the wake of the US presidential election, sites like Facebook were criticized for helping to spread fake news through their advanced algorithms. One explanation is the concept described as “filter bubbles;” the idea that tools from companies like Google and Facebook help isolate consumers from opposing views and suggests content related to previously watched or liked stories.

“There’s luckily not much fake news in Norway. Although we have seen some examples, it is equally concerning if people are only getting news from one side, or one party,” Gitmark says.

“As we’ve seen previously, both an advantage and disadvantage about social media is that those who speak the loudest, get the most attention. However, social media can also promote and support those who dare to think differently and innovatively.

“Adding humor is a good example of that. The Norwegian Labor Party (Arbeiderpartiet) dared to disguise Jens Stoltenberg as a taxi driver with hidden cameras in his car. I think that stunt surprised many people and was, as a result, shared rapidly online. Consequently, it most certainly gave the party a substantial amount of free advertisement, and would have likely, today, also reached people hiding behind algorithms, who normally wouldn’t see a Labor Party advert online,” Gitmark says.

While the use of social media for companies, political parties and news outlets has sky-rocketed, Aftenposten wrote earlier in 2017 that a record-low 32 percent of Norwegians have faith and trust in the mainstream media – something which, paradoxically, Hvilen thinks could be the traditional media’s salvation. 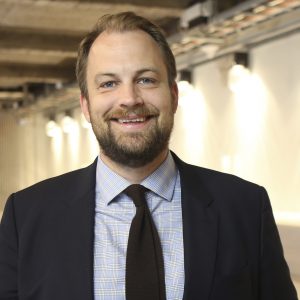 “I think that readers and consumers are increasingly likely to choose media institutions they trust to deliver reflected, critical and research-based news.

“That people will need input from sources they know are credible, where information has been proofed and checked and is neutrally delivered. This is likely to both change how some outlets work, but also likely to, eventually, establish the mainstream media as the credible and vital source for impartial news,” Hvilen says.

Gitmark, too, agrees, saying that just because a story is published online and spreads quickly, does not make it factually correct. As seen recently, journalists and news sites are both guilty in that they have spread and published incorrect news, which makes it difficult for the consumer to trust any information.

“It is also problematic when the media themselves are changing roles, like when Sylvi Listhaug appears on VG’s Snapchat account and can publish unedited content directly to VG’s followers. That is VG practically making themselves into a mouthpiece for a politician.”

“There is – and should be – a substantial difference between a newspaper and a blog and it’s essential for the media to separate entertainment and critical journalism.”

“Which is why I think it is increasingly likely that people will eventually find a select few publications or broadcasters they trust and use them as a source for information, despite eventually having to pay for such services.”

“I mean, the idea of privatizing NRK was discussed several years back, but that’s unheard of now. We desperately need one impartial, rock-solid source of information,” Gitmark says.

Gitmark and Hvilen represent two of the most respected PR companies in Oslo, Burson-Marsteller and Rud Pedersen, respectively. Both agree that an essential part of the campaign ahead of the 2017 Norwegian election will be for all eight parties to identify key differentiating policies and convey messages succinctly.

“Our job for clients is to help them tell their story, and to do that, we are dependent upon media to allow a story to be told from more than one aspect. That factor is equally vital in the political world as in the corporate.”

“It is always nice to be involved in the straight-forward positive stories, but it is more important to be a part of a debate and to answer the critical questions.

“In order to do that, it is essential to know what the message is and how you want to deliver it,” Hvilen says.

“It is about identifying the right message and subsequently sharing it in different ways and through different mediums.”

“That’s something we work a lot with and it is crucial when conveying a message to the public – you have to know it well,” Gitmark says.