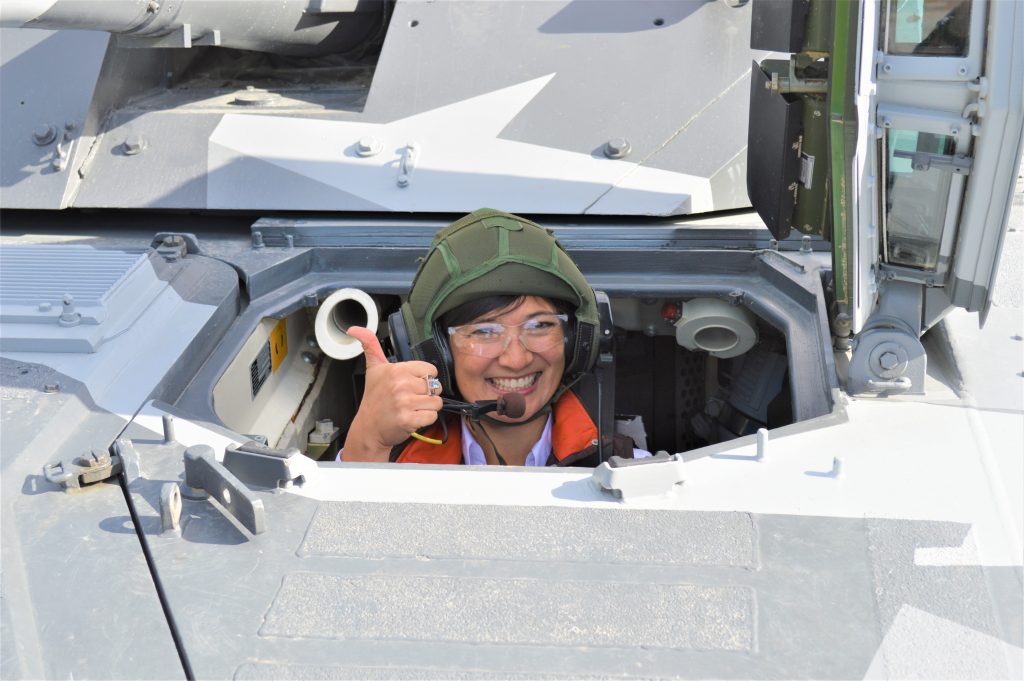 Kongsberg Defence & Aerospace (KDA) is a leading global supplier of a wide range of highly specialized, strategic products. How does KDA attract and maintain a world-class team of industry leaders in Norway?

KONGSBERG’s history as a company spans over 200 years which requires continuous assessments of the current company portfolios, business models and technology innovation. Innovation and willingness to adapt has been one key to our success in attracting very talented leadership. We are also a global company with customers and our own locations around the world. This adds an exciting aspect to our daily business. Working for a Norwegian company and having the responsibility of leading teams around the world ensures there isn’t one day that is exactly like the next.

Why did you decide upon a career in defense – and how has the industry developed during that time?

I started my career as a Human Factors Engineer in a company called Hughes Aircraft and was responsible for designing systems and user interfaces for the US Military. It was fascinating as a young person to work with high-end technology of the time. We designed systems for the Army, the Air Force and occasionally worked with NASA on some of their satellite programs. I was given a lot of responsibility at a fairly young age and thought it was great. Once I started, there was no turning back.

One of the biggest changes since I first started my career is the shift in what is driving technology forward. In the past, most of the world’s advanced technologies came from defense programs which eventually found their way into the commercial industry. That flow of technology has been almost completely reversed.  Another change is how global the industry has become. Very few companies operate solely in their own nation – we tend to meet our competitors around the world.

According to Norway’s National Defense Industry Strategy (2020-21), enhanced cooperation with the private sector is key to achieving a technologically modernized military. How do you see this focus impacting Norwegian and international companies?

I agree with Norway’s National Defense Industry Strategy. The speed of today’s technology development is extraordinary and to keep pace with it as well as the advancing requirements of a modern military is very challenging. Inviting industry to a closer cooperation will help ensure that Norway’s Defence Forces have what they need to do their jobs and to do so with the best technology available. That said, it will require an openness and willingness to understand where the other side is coming from and what is necessary for both sides to succeed.

Bonus question! As an American from Minneapolis, what are your pro US travel destination tips?

Great question! There are so many fantastic locations one should have the chance to experience – and not only along the East and West Coast. If you’re looking for a nature experience – Boulder Colorado is a fabulous place to visit. Sedona, Arizona is amazing as is Moab, Utah. Foodie’s should experience the amazing restaurant selection in New York City. Formula 1 fans should check out Austin in November and next year in Miami! Las Vegas is unique and not too far from the Grand Canyon if you want to mix it up a bit. There is too much to choose from but you will find a destination you love if you do a little research in advance… or ask one who knows!