Mapping the US Political Landscape Ahead of the 2020 Presidential Election

With under 70 days left until Americans choose their next administration, the US is facing a menagerie of political, economic, and health issues – all culminating in a highly polarized political climate around what many commentators are calling the most important election in more than 50 years.

Jones, a research associate at the Center with a PhD from the University of Wisconsin-Madison’s top-ranked political science program, guided attendees through Pew Research Center’s extensive research on American political opinion. The insightful data shed light upon the evolution of American politics across a wide range of demographic groups, breaking down how public opinion is shifting around key issues in the runup to the election.

Jones concluded the session by answering attendee questions, highlighting the deep political complexity of the election, the influence of social turmoil in the US on polling, and the intricacies of polling and quantitative analysis in the wake of the 2016 presidential election.

Unable to attend the session? A full video recording is available to the right.

About the AmCham Nordics US Election Series

About the US Election Series

With the 2020 US elections only weeks away, AmCham Norway, in collaboration with our fellow Nordic AmChams and the US Embassy in Norway, continues our 2020 US Election Series. Featuring experts and commentators from diverse organizations such as Fox News, TV 2, Pew Research Center, C-SPAN, and the German Marshall Fund of the United States, the fact-based series is developed to enlighten and engage business and government leaders on a political process that impacts us all. 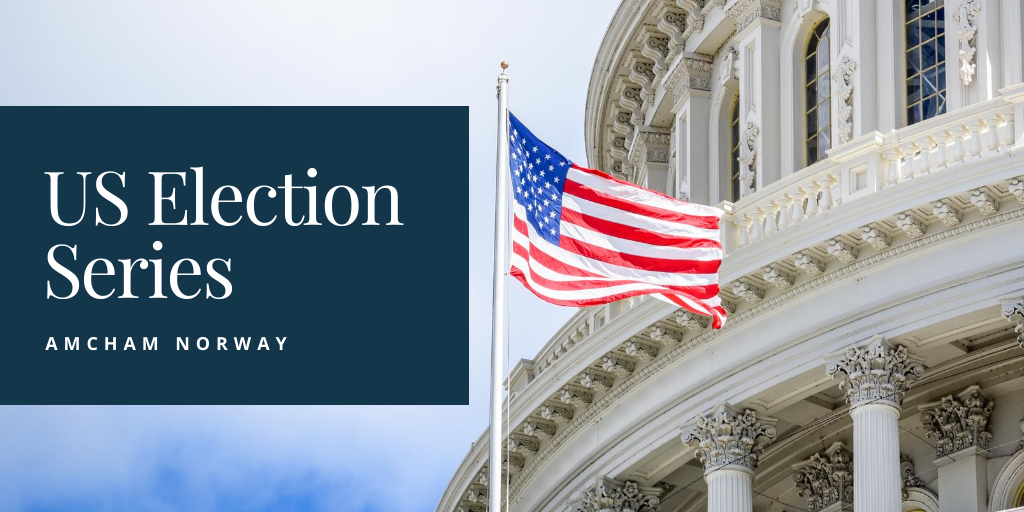 Other US Election Series Events

Uncertainty is the Only Certainty: US Election Update and Impacts

Uncertainty Is the Only Certainty: US Election Prognosis and Impacts Hosted in full accordance with the latest COVID-19 regulations at Radisson Blu Scandinavia, AmCham member