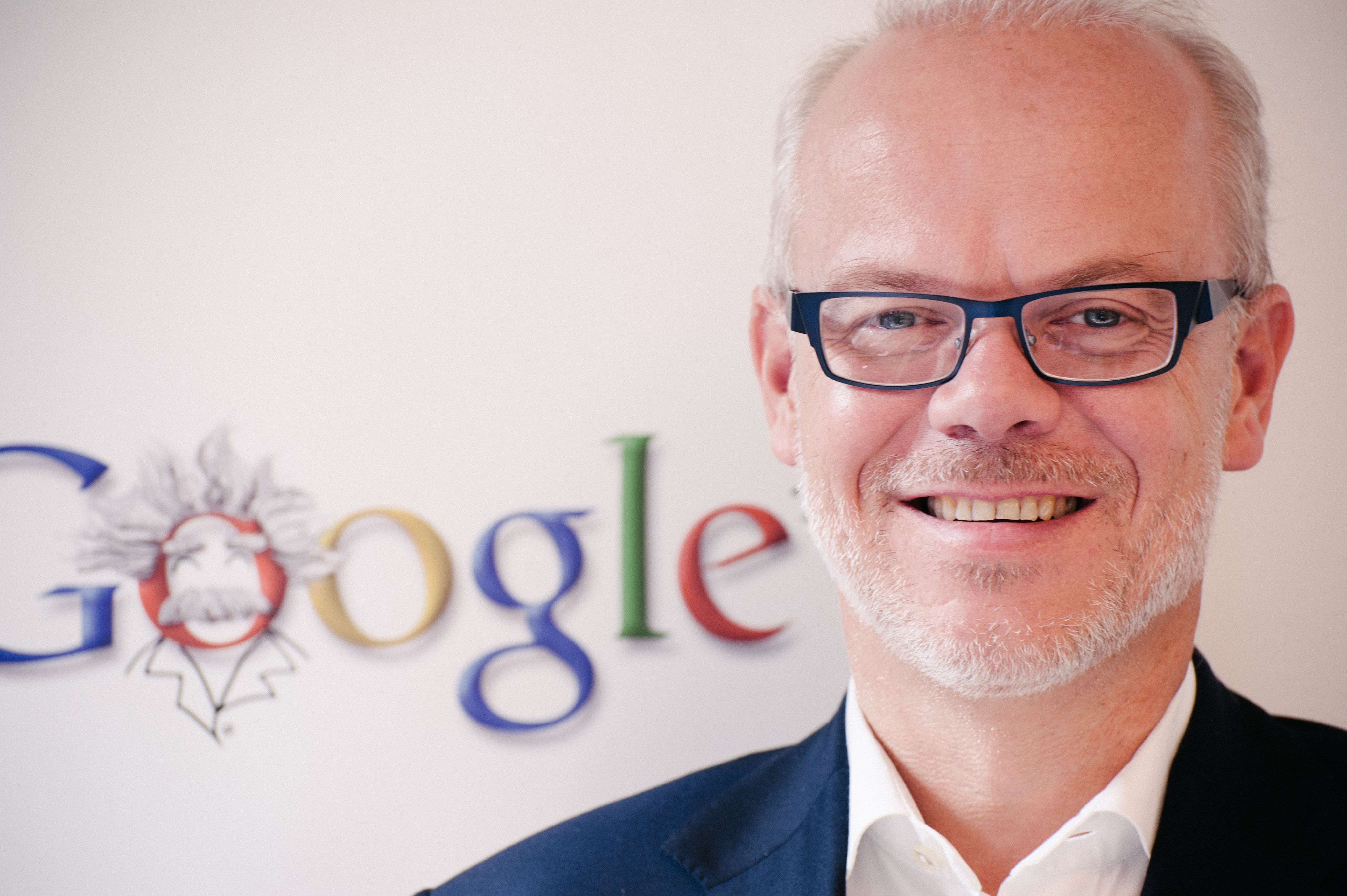 “It’s hugely important to have a ‘Yes, and’ culture rather than a ‘Yes, but’ culture.” – Jan Grønbech, Country Director of Google Norway

Jan Grønbech is the Country Director for Google Norway. He has been with Google since 2005 and before that, he held various positions in digital advertising both in the United States and Norway, including creating Norway’s first online newspaper at Aftenposten in 1995. AmCham sat down with Jan at Google’s Aker Brygge office to discuss his international experience and how it’s influenced his leadership style and career.

This is the first of many exciting Q&As between AmCham and member business leaders as part of an International Leadership Interview Series we will be sharing in the coming weeks and months.

Where did you start and how did you get to the position you hold today?

I think it’s a combination of three things maybe.

I studied abroad in the US. I think that’s one factor that made me look for American employers later.

My first employer after I worked in the US was Schibsted and Aftenposten. I was lucky enough to volunteer to help make their first online newspaper in 1995. That got me going on the Internet thing.

Some of my connections started at Google, and when they were ready to launch in Norway, they called and asked if I wanted to do that in 2005.

So some coincidences, some luck, and also some special interest in the digital.

What are some of the important decisions you make at Google Norway?

Google is first of all an IT company. We have about 70,000 employees, and probably 50,000 are engineers working on innovation.

The rest of us work on the commercial side of Google. My job is basically to make sure that Norwegian businesses succeed online. That means: Will they be found when people search for whatever they have to sell? Do they utilize online video and mobile advertising?

Google is known for having a very talented workforce. How do you manage to get the best out of them?

Every year we do a very thorough survey of all our employees called ‘Googlegeist.’ What always tops the list are the colleagues. We have truly amazing employees, and that is hugely motivating for people.

We see that we make products that change lives. We’re providing Internet to people who don’t have it today, we make driverless cars, and I think most of us are simply motivated by being part of that.

For us in a commercially focused office, we truly change our customers’ business. When we get feedback that ‘for every dollar we invest according to your advice, we make $100’ it makes you feel pretty good.

Where do the exciting ideas come from on the commercial side here in Norway?

If an idea is technologically feasible and economically feasible at the time of inception, it’s usually a very bad idea. The really good ideas are the moonshots that sound stupid when you think of them, but two years later they’re completely obvious. Gmail is one example.

Has the experience you’ve had in the US been valuable at Google Norway?

What I took home from studying in the US was a certain sense that nothing is impossible. I think the mentality that you’re allowed to have big scary goals and dreams and go after them is important.

What do you believe are shared traits among great leaders and some common mistakes?

Having a mission that every single person in the company not only understands but also stands behind and says ‘this is my mission as well’ is absolutely critical.

Many new leaders don’t take an understanding of the business’ numbers seriously enough. They jump into the leader role too fast and say ‘this is where we’re going to go’ without really understanding if it’s even possible.

How does technology influence your day-to-day and leadership style?

Most of our products are made to help people, and they also help us work smarter and work better.

Personally, how do you develop your leadership skills?

I read a lot of books on the topic. I attend at least two days of advanced leadership training organized by Google every quarter. We look at this as athletes in a way. You have to train.

Are there any other exciting projects that are coming out from Google here, maybe specifically that you’re working on in Norway that you’d be excited to share?

There are no exciting Norwegian products. Our job is to make sure that the great products we have available in the US also are made available here.

Where do you see yourself and Google in five years?

I think we’re just going to focus on doing our job, which is to organize the world’s information. In five years, the Internet is going to be much bigger, and in the next ten years, the world is totally going to change.

We just want to be part of that and help people utilize this technology to their benefit. And also help reasonably innovative companies innovate even faster.

Most importantly we will bring Internet to every single person on earth.

What type of advice would you give to the next generation of leaders that aspire to reach leadership positions in this and other organizations too?

Be curious and humble, and always say ‘Yes and…’

Thinking global instead of thinking just Norway or the US is incredibly important. Also really understanding and having a passion for the technological change that we are in the middle of right now.

What was latest time you responded to an email yesterday?

Yesterday, it was 5 o’clock in the evening, but if you love your job, you should be able to do that job whenever you want. For many of us there is no clear difference between work and life. I can go home at 4, I can eat with my kids and help them with their homework and then at 9 o’clock I start working again.