A record 90 players enjoyed spirited competition in the quest for the coveted Søderstrøm Cup and flights from Icelandair, with Team US Embassy trumping 22 other flights to claim AmCham’s 17th annual Golf Tournament title. 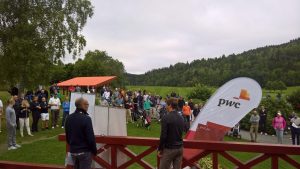 In one of the closest Texas Scramble tournaments yet, with only six strokes separating eighth and first place, the trio of Walter Grant, James Peura and Jan Søderstrøm managed 18 under par at AmCham’s first ever tournament at Bærum Golfklubb, which eventually saw Jan Søderstrøm fittingly lifting the trophy that is named after him. 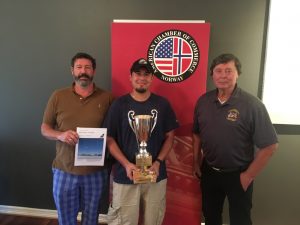 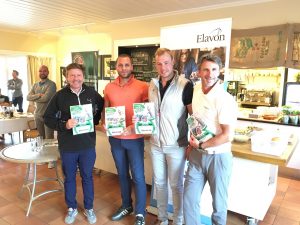 The putting competition, where each player gets a chance to sink a challenging put, rounded off the day after the dinner and awards ceremony. 10 players reached the final, competing for a dinner and shuffleboard evening for ten people at Hard Rock Cafe. As last year, the putting competition participants experienced increasingly heavy rain, but eventually Christoffer Nilsen from Team Tesla captured the coveted gift card.

Generously sponsored by Elavon, Google, and PwC, the AmCham Golf Tournament continues to grow in both size and popularity, with 27 member and partner companies competing in this year’s contest. 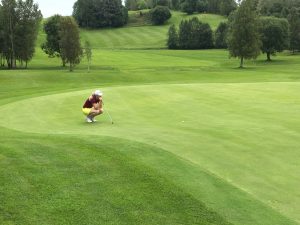